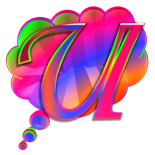 FULANI HERDSMEN IN NIGERIA | Do They Need Land?

Whose land do Fulani herdsmen need?

Nomads, they are, yes.

Fulani herdsmen are neither landless nor stateless.

Their land and state exist in Fouta Toro and Fouta Djallon, neither of which is in Nigeria.

If they need land, nothing prevents the Fulani from herding their cattle back to Sénégal and Guinée.

Besides producing a torrent of Fulani cattlebreeders roving West Africa and beyond, Sénégal was the primary source of Fulani townresidents.

Such townresidents occupy places in just about every country of West Africa.

In the territory that later became known as Nigeria, those townresidents settled in Sokoto, Kano, Adamawa, et cetera.

Upon embedding themselves among the host peoples, Fulani townresidents commenced a process of demands and intimidation, culminating in the wars of conquest of the 1800s.

Led by Usmanu DanFodiyo, Fulani townresidents established the Sokoto Khaliphate, whose domain extended across the north into Cameroun – barring major areas of Borno – and down as far as Ilorin.

Fulani townresidents remain in control of at least ten of the nineteen States of Northern Nigeria.

In the other nine States, the Fulani form a part of the administrative network.

These Fulani townresidents claim the lands where they hold a significant majority as theirs and encourage their brothers of the herdsmen clan to roam freely.

Whose land do Fulani herdsmen need?

Over the last decade, the incursions of herdsmen further south have increased, to the alarm of host communities.

Armed with Kalashnikovs, herdsmen lead their cattle into farms and sacred lands, causing severe destruction of crops and trampling on the values of the host community.

After each massacre, the leadership of Fulani herdsmen justify the murders as a retaliation for the killing and theft of cows.

Yet, host communities do not slaughter Fulani herdsmen for the destruction of farm produce and the desecration of the land.

Host communities watch in dread, as herdsmen and their cattle ravage crops.

Having been bitten often, host communities are wary of being hospitable to Fulani herdsmen.

Concerned over a modern Fulani Jihad to possess their lands, States in the midNorth and Southern Nigeria have enacted legal measures to ensure the safety of their people.

One of such steps is to proscribe open grazing of cattle, demanding herdsmen establish ranches.

No one appears to be willing to make use of existing laws prohibiting trespassing and destruction of property.

Nothing has been heard of farmers’ lodging of complaints against erring herdsmen, at the nearest Police station.

A second remedy is for the State to compensate both farmers and herdsmen for damage to property.

As commendable as this is, it creates impunity, demonstrated in recent demands by herdsmen to operate Fulani vigilante groups in the South-East.

Citizens of Eastern Nigeria responded with horror and berated their Governors for even entertaining such a demand.

No longer able to brandish AK47s openly, Fulani herdsmen need a pretext to be visibly armed.

A vigilante group provides the perfect cover to intimidate and murder citizens, legally.