Lantang is an ethnicity found in Jos, the capital city of Plateau State in North-Central Nigeria. 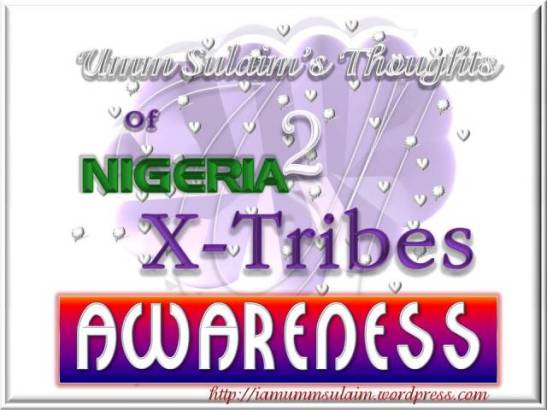 Although Lantang might be readily identified as an ethnicity by Nigerians familiar with Northern tribes, the typical Southerner is unlikely to have heard of the ethnicity.

To the Lantang, one of the numerous non-Hausa-Fulani ethnicities indigenous to Jos, belong the family of a citizen with whom I interact.

On hearing her communicate with her daughter in a language distinctly non-Hausa, I enquired her ethnicity.

Initially shy, she provided the information after some persuasion.

Other ethnicities of the region include Berom and Afizere.

Of note is that the original name of the city of Jos is Gwosh.

Its mispronunciation by Hausa-Fulani merchants led to the present appellation.

2 comments on “X-TRIBES OF NIGERIA III”